Writer’s Block is a weekly radio program on KFUN/KLVF in Las Vegas, NM, featuring the work of writers in most every genre. To query about booking contact sharon@vandermeerbooks.com.

Jan. 8, Michael Hebler
From Michael’s website: In addition to writing, Michael is a film publicist. He began writing in college where he was fortunate enough to watch his first penned one-act play performed on stage by the Orange Coast College Theatre Department. He was hooked from that moment and the writing bug has never left. He currently has two publications, Hunt for the Chupacabra, a free e-book short story, preceding the events of Book I, Night of the Chupacabra. 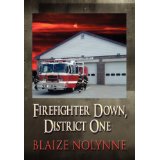 From Blaize’s website: About the book Firefighter Down, District One: Life isn’t promised. When the tones go off you never know who needs you the most or even worst, who will you set your own life down for. My father was a captain who set his life down for me in a fire. Now it is my duty to find out how that fire started and who started it. The guy that killed my father didn’t just kill him in a normal way, he killed him with his worst nightmare. My father wasn’t killed by a gang shooting or an accident, he was killed in the most painful way this person knew how to kill my father. He unleashed the animal on him and myself. I am not talking about an animal like a wild or domestic animal, I am talking about the elemental animal, the one known as fire.

Jan. 22, Mary Hanley
About the Book “Romance and Murder in the Cinque Terre: Former Special Forces Commander Drake Harrington and his partners find themselves on a trail of lust, murder, and vengeance that lead them from San Francisco to Rome, and then to the Cinque Terre area of Italy. An unexpected encounter with a beautiful brown haired woman puts Drake’s life on the line as he strives to save her from a serial killer’s need for revenge. 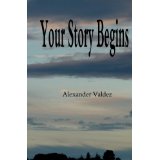 This is from the mid-December issue of Happenstance Literary. Get your subscription today for only $12 at http://www.vandermeerbooks.com/Subscribe.html. Through the end of December purchase a subscription for yourself and get one free for someone else. Go to this link http://www.vandermeerbooks.com/happenstance11-15-12rev.pdf to access a complimentary copy.
Posted by Unknown at 11:49 AM No comments: